Jesús Jiménez from FOCE to ABC newspaper: ´In Africa there are fewer countries with the highest level of country risk than in Latin America´.

ABC newspaper covers the news of the technological awakening of the African continent towards digital transformation and the great opportunities that are opening up for Spanish companies. 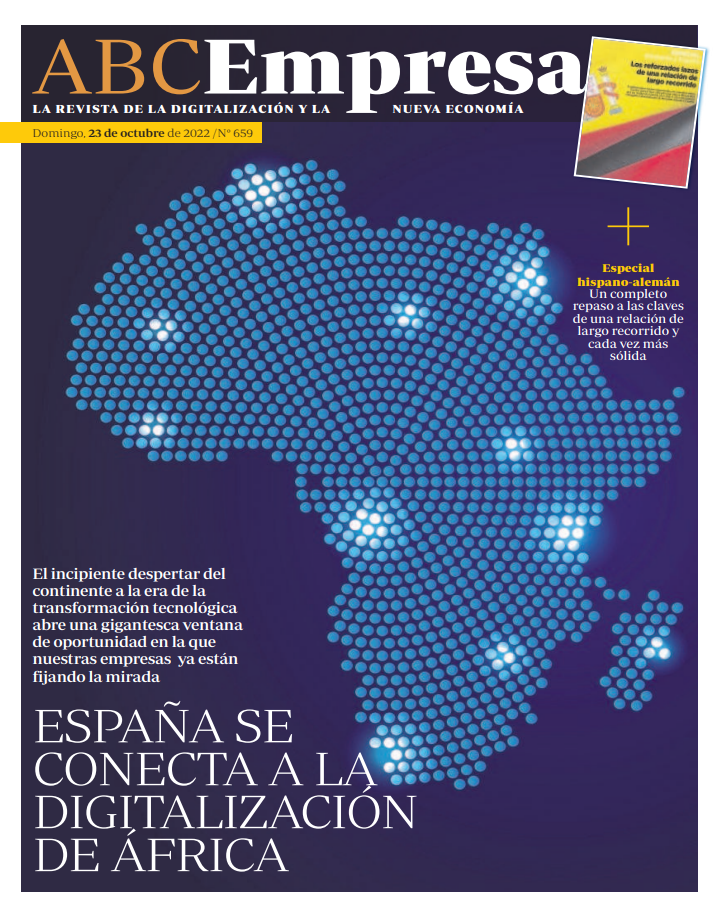 The African continent stands out for its heterogeneity in terms of digitalization, with internet access for its citizens ranging from 10% to 70% depending on the country. It also represents a market of 1.2 billion people that will double in 30 years.

Jesús Jimenez, CEO of FOCE and coordinator of the Africa Working Group of the Spanish Exporters and Investors Club, spoke about the factors that point to Africa as a promising market:

- the urban growth experienced in the sub-Saharan region.
- There is a lot of capital focused on improving sectors such as technology beyond development cooperation, with Morocco and Egypt being the most attractive countries.
- In sub-Saharan Africa, South Africa, Côte d´Ivoire, Senegal, Ghana and Nigeria have great potential.
- Kenya, Tanzania, Cameroon and Gabon as entry points for submarine fiber optic cables.

A disadvantage comments Jesus Jimenez is that Spain drags a deficit that harms its competitiveness abroad. "We have an administration with good technicians, reasonably efficient in the management of resources to support companies, but we have as many action plans as ministries."

To tackle this old burden, he believes that initiatives such as the pilot plan being carried out in Senegal should be encouraged. "The fact that there is a reinforced action strategy, almost with a one-stop-shop approach, is a competitive advantage and what we should strive for in the future".

He adds that "banks and the Spanish administration have little presence in Africa compared to other countries, which is a competitive handicap for our companies". The second obstacle is the complexity of hiring qualified labor, especially for startups.
To conclude, the CEO of FOCE indicated that the fear of starting up activities on the continent due to the perception of risk continues to be one of the big brakes.

"But it is sophistry," he says, while providing a fact: "In Africa there are fewer countries with the highest level of country risk than in Latin America and yet Spanish companies have had comfort markets where they do not hesitate to do business, such as Argentina, which has the same country risk rating as Zimbabwe. The difference is that while in Latin America we are losing positioning, African markets are in an emerging phase and there are great opportunities". 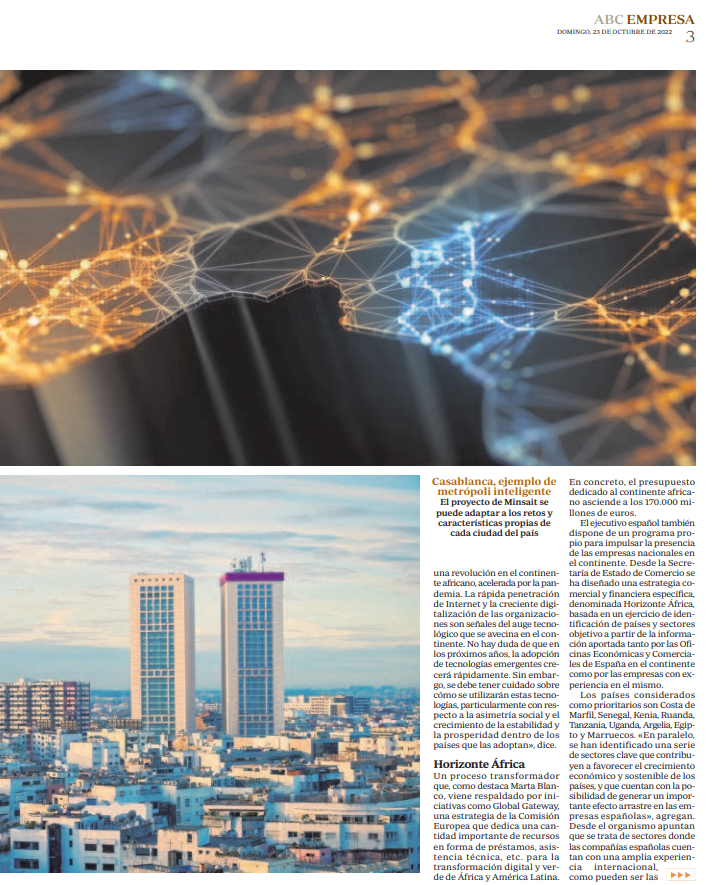 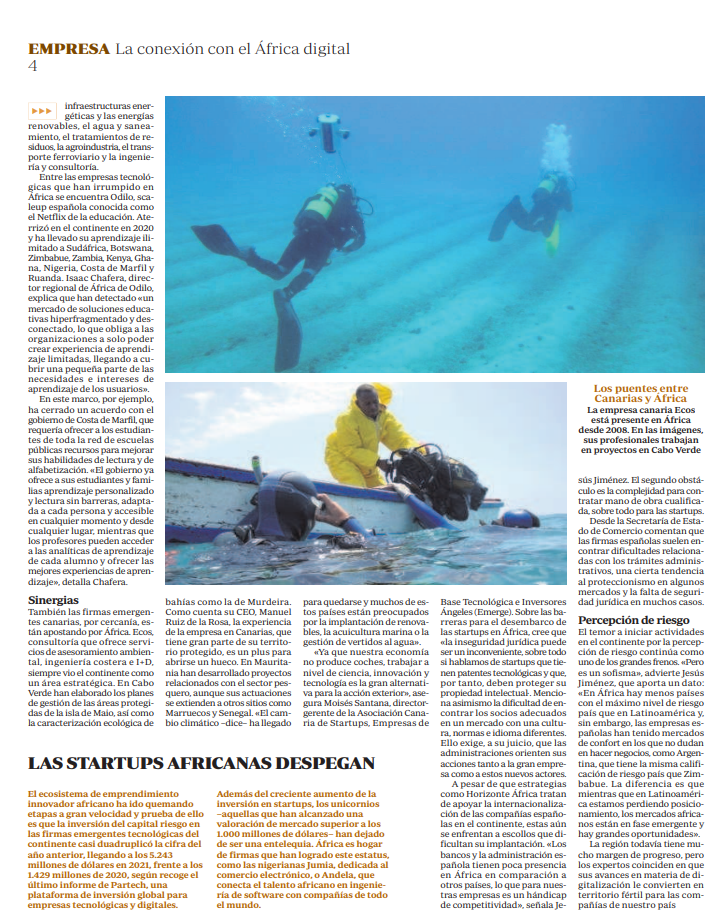